The Importance of Telling Stories and Asking Good Questions 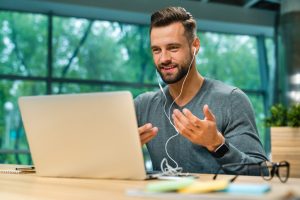 Tell me a story.

The Times is known for its great storytelling, and I believe that the jobs of an analyst and a journalist are very similar. We both use critical thinking and smart investigative techniques to better understand the world around us, and it’s our job to clearly communicate the insights we uncover in compelling ways.

My first question is: “Tell me a brief story about the most surprising insight you ever developed: how you came to uncover it, how you communicated it and why it surprised you.”

For something to be surprising, it must run counter to some existing belief. All analyses should start with a hypothesis — such as an assumption, an existing habit or some piece of conventional wisdom — that we can test with data. To be surprised, you must have given some thought to what you might find, and that means you probably cared enough about the outcome to develop the hypothesis in the first place.

But in addition to your hypothesis, your story must also have an element of discovery. Data analysts are at our best when we uncover hidden truths about the world we inhabit. We do not merely exist to confirm preconceptions — that would be a pretty boring career — we exist to challenge the status quo, to reveal new paths and to bring clarity to obfuscation.

Unfortunately, very few applicants are able to tell a clear and compelling story. They ramble. They try to impress me with complicated technical skills or obscure data science algorithms, which leaves big gaps and often, sadly, lacks the requirement of surprise.

Interviews can be tricky, stressful and exhausting, and I know this question is difficult. That’s exactly why I don’t want to put you on the spot. I want you to nail this question. It’s OK to prepare in advance. Just bring me a story.

I want you to be selfish.

My second question is: “If you take this job, what’s in it for you? What would you like to get out of it beyond a paycheck? How will this help you grow?”

Most applicants give a version of the same answer: that they are motivated by The Times’s mission and the opportunity to contribute. That’s great; it’s one of the reasons I enjoy working here. But, I’m not asking how great The Times is — I’m asking about you.

The best answers I have heard to this question showed that the candidate was curious, ambitious and sought out opportunities that would expand their knowledge. I have also heard candidates say that they want to improve their programming skills or learn more about data science. Those are fine answers, if that’s what you really want. Ultimately, I want to hear that you’re driven to learn and grow — in a way that’s specific and meaningful to you.

Why? Because curiosity is a core characteristic of a good analyst, and ambition for personal growth indicates both an openness to new challenges and a willingness to learn. Most of all, it shows that the job will be rewarding for reasons beyond the paycheck.

After all, none of us should be under any illusions that you will be doing this job forever. My hope is that the role will challenge you to not only deliver great work, but develop the skills that will help you move on to bigger and better things in your career.

My last question isn’t a question at all.

It’s a chance for you to ask questions of me.

I like to leave a lot of time for this. If we can switch to your questions after 15 minutes, we’re doing great: you have told me a succinct story and you have given me a glimpse at your ambitions. It’s your turn to lead the conversation.

In many ways, this is the most important part of the interview. Asking questions is an essential skill any analyst should have.

A candidate who asks good questions reveals an interest and passion for the role that can’t be faked. It shows they care enough about the opportunity to try to understand it fully. Smart, specific questions show that they have done their research in advance; that they are truly curious about what it might be like to work at The Times. And what they ask can help me learn more about them.

I don’t think it’s a coincidence that my best hires have asked the most questions. One even came prepared with three pages of double-spaced questions, and we had to schedule a second interview so I could answer them all. (We hired her. She was great.)

Perhaps most importantly, I want you to approach this opportunity with your eyes wide open. If we’re going to work together, we need to be able to communicate with candor and respect. So, I try to answer every question honestly. Hopefully, by engaging in an open conversation from the start, I’m setting the tone for a great working relationship — one in which we’re both invested in each others’ success.

It’s important to note that this is just one of many interviews you will have if you apply for a data analytics role at The Times. Every one of my colleagues on the hiring panel listens for something specific, and the feedback that we collectively provide informs the decision whether to move forward.

The questions I ask aren’t foolproof and they may not work for everyone, but they work for me. And if we happen to meet for an interview — perhaps for the role I’m hiring for now or maybe another one in the future — I hope they will help us get to know each other a little better.